A collaboration bringing all of Global’s radio brands and over 30 famous voices together. 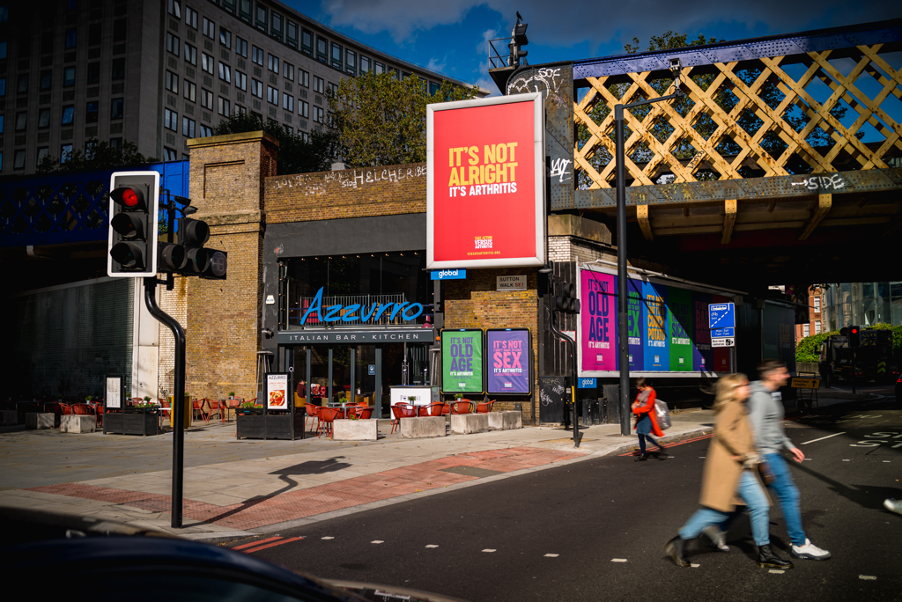 Arthritis; often dismissed as ‘one of those things’ affecting the elderly. In fact, more than 10m people in the UK live with it, two thirds of those are under 65. Versus Arthritis, the UK’s largest charity dedicated to supporting people with arthritis wanted to puncture the national conversation, land these truths and make this hidden condition visible.

To jolt audiences out of inertia, Global developed an approach to disrupt what people expect from a medium that is all around them – radio. We used our Global panel, encompassing listeners from all of our brands, to help inform our creative approach. Key themes that came out of this were that the condition was hidden; we needed to create space for voices to be heard, and that we needed to strike the right balance between dramatising real life stories and hope.

We took real stories from people with arthritis, sharing their ambitions and achievements as individuals. We then took parts of their story away so there was just silence – a powerful demonstration of the way in which arthritis can rob you of the life story you are writing. This activity culminated in an Arthritis Action Day; a collaboration bringing all of Global’s Radio brands and over 30 voices together – from radio and TV personalities to sports and social media stars – to tell stories of people they knew with arthritis, demonstrating its pervasiveness throughout society and the affect it has on the people we love.

Listeners to Global stations heard stories play in commercial airtime with sections replaced with silence. This approach was amplified across digital audio with bespoke creative tailored to different audience segments. An LBC special report week put the subject on the news agenda, featuring interviews with the charity CEO, people with arthritis and medical experts. In all, more than 290 separate pieces of audio were produced and played out. On the action day itself, Global presenters collaborated alongside well-known figures from TV and entertainment, all with a story to share about themselves, a family member or friend, and their experience. Arthritis is too often hidden in plain sight. This partnership was deliberately disruptive, confronting audiences with the realities of the condition to truly make it visible.

The campaign was supported by impactful outdoor creatives, which we ran later in the campaign to accommodate the challenges of lockdown restrictions.

Research recorded 40% campaign recall amongst radio audiences. When comparing exposed vs unexposed audiences, those exposed to the campaign recorded:

26% point increase in awareness of Versus Arthritis as charity