SUNDAY DECEMBER 8TH AT THE O2

TICKETS GO ON SALE THIS THURSDAY- 8AM – AT CAPITALFM.COM

Capital’s Jingle Bell Ball is back! On Saturday December 7th and Sunday December 8th, the hottest artists on the planet right now will perform exclusively for Capital listeners at London’s iconic O2.

First up, Roman Kemp revealed that global superstar Sam Smith will return to Capital’s Jingle Bell Ball. Sam’s single ‘How Do You Sleep?’ peaked at No.3 on The Official Big Top 40 and followed on from the chart-topping ‘Dancing with a Stranger’ with Normani which saw the pair amass over 1 billion streams. Sam has sold over 22 million albums worldwide and won four Grammy Awards, three BRITs, an Academy Award and a Golden Globe.

Next Roman announced that singer-songwriter Tom Walker will make his Jingle Bell Ball debut this Christmas. After his massive breakthrough hit ‘Leave A Light On’ became one of the biggest songs of last year, Tom released its follow up ‘Just You And I’ to huge acclaim and chart success. His debut album ‘What A Time To Be Alive’ topped the UK album chart, and his performance at the Ball is guaranteed to get the crowd singing along.

The unstoppable Sigala will return to turn up the party atmosphere at Capital’s Jingle Bell Ball with a hit-filled set. The DJ and producer is responsible for a string of massive dance anthems and his recent hits include ‘Just Got Paid’ with Ella Eyre, Meghan Trainor and French Montana and ‘Wish You Well’ with Becky Hill which peaked at No.2 on The Official Big Top 40.

Mabel will also return to the O2 stage to play the Ball. After winning the prestigious Rising Star award at the inaugural Global Awards 2018, Mabel has gone on to achieve phenomenal success. Earlier this year, her monster smash ‘Don’t Call Me Up’ held the title of the biggest-selling single by a UK female artist this year, and her debut studio album ‘High Expectations’ entered the UK albums chart at No.3.

The Script also join the star-studded line-up for night two of the Ball. After 6 billion streams, 30 million single sales and 10.8 million album sales, the Irish alt-pop trio drop their new album ‘Sunsets & Full Moons’ on Friday. With gloriously uplifting anthems like ‘Hall of Fame’, ‘Breakeven’ and latest single ‘The Last Time’, they’ll wow the crowd with another energetic performance as they make their welcome return to the O2 stage.

AJ Tracey will make his debut at a Capital Ball this Christmas, topping off a whirlwind year which has seen him hailed as one of the most exciting new talents to emerge from the UK rap scene. His eponymous first album – featuring the top 3 smash ‘Ladbroke Grove’ and ‘Butterflies’ featuring Not3s – debuted at No.3 on the UK albums chart.

Next, Roman Kemp revealed that two of the hottest DJs around right now will play the Ball. Sam Feldt, the artist behind the huge hit ‘Post Malone’ (feat. RANI) is set to play the O2 this Christmas, as is DJ/producer Joel Corry, whose cover of Monsta Boy ft. Denzie’s 90s garage anthem ‘Sorry’ reached No.3 in The Official Big Top 40 chart this summer.

Finally, Roman confirmed that Anne-Marie will also play night two of Capital’s Jingle Bell Ball. A huge favourite with Capital listeners, her rise to stardom has been nothing short of meteoric with a string of hit singles including pop gems like ‘2002’ – which she co-wrote with Ed Sheeran – and her multi-platinum collaboration with Marshmello, ‘FRIENDS’.

“Today we revealed the star-studded line-up for night 2 of Capital’s Jingle Bell Ball. With global superstars and some of the hottest UK talent set to play the Ball this Christmas, we have another incredible weekend in store. We have three more huge acts still to reveal on Capital Breakfast with Roman Kemp this week so make sure you tune in!”
Ashley Tabor-King OBE, Founder & Executive President of Global

Tickets for Capital’s Jingle Bell Ball go on general sale at www.capitalfm.com this Thursday at 8am, and Capital VIPs have access to the first tickets in the pre-sale from 8am today (Tuesday) via the Global Player app. 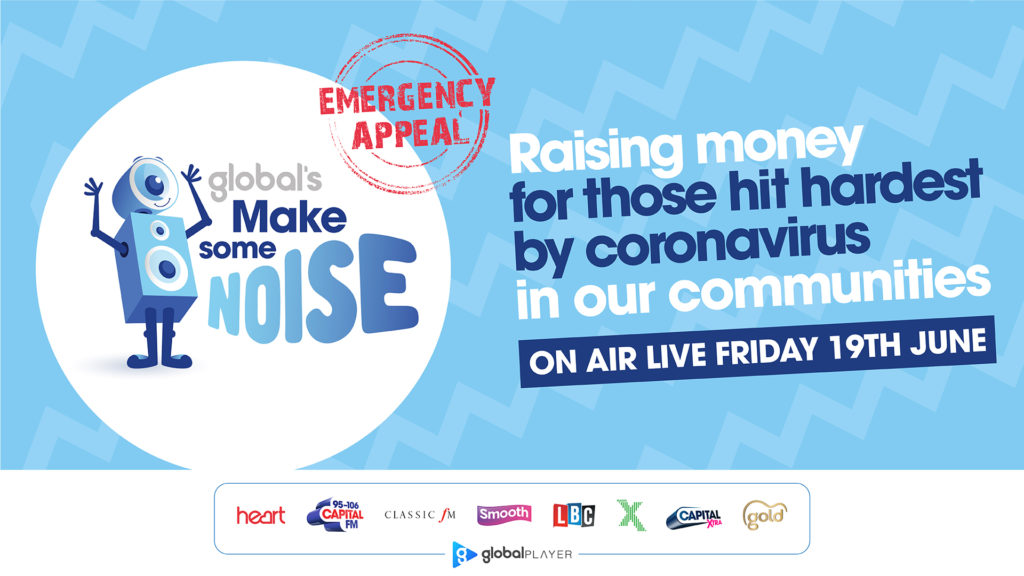